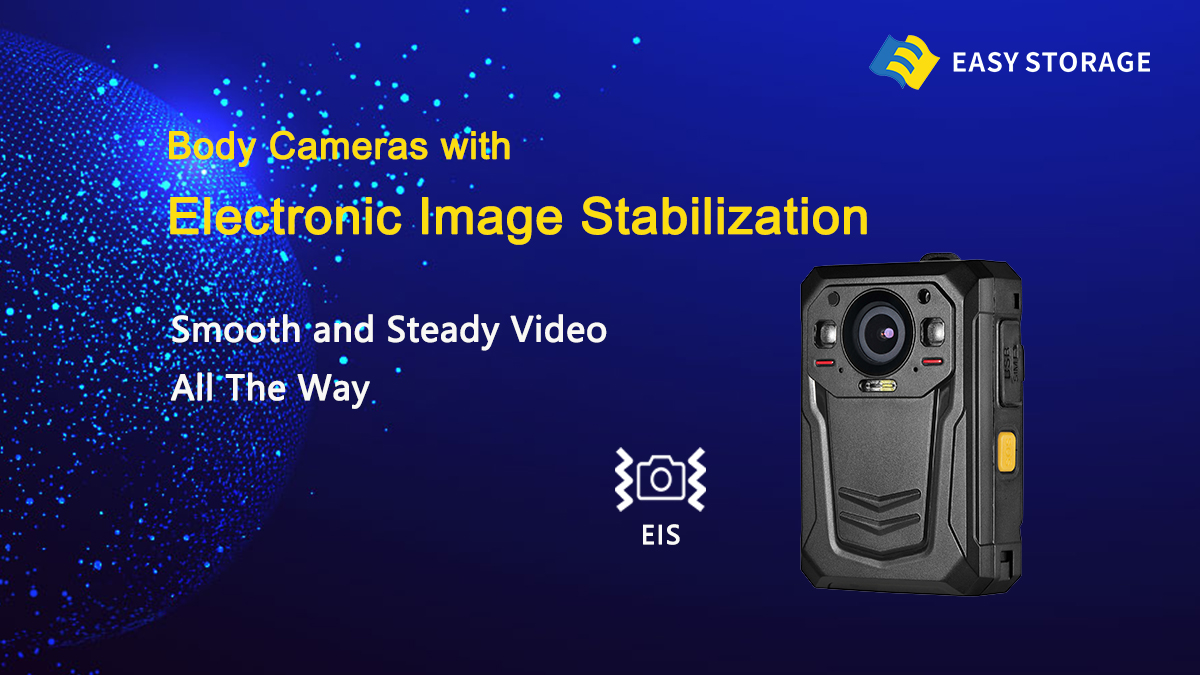 Why we need EIS for body worn cameras?

evidence collection, the image shakes due to the movement of the personnel, which easily causes the

video recorded by the body worn cameras to be blurred and details are lost. Especially in an emergency

situation, the law enforcement personnel may run violently, which increases the video jitters, and the

recorded video will be more blurred. Therefore, the image stabilization function has become an urgent

There are two types of image stabilization technology. One is Optical Image Stabilization(OIS) and the

other one is Electronic Stabilization(EIS). OIS mechanically moves the image sensor in response to any

shaking detected in your camera. As IOS is working with mechanical unit which could easily get damaged

when dropped. And IOS is not good for night vision switch. IOS is not a good solution for body worn

How does EIS work in Easy Storage’s Body Worn Camera?

sensors, but adjustments are made when the image hits the image sensor. The body worn camera have

built-in g-sensor to capture motion data, these motion data is feed to the image process chip set for video

when law enforcement officers are walking and running, without affecting the equipment's drop and night